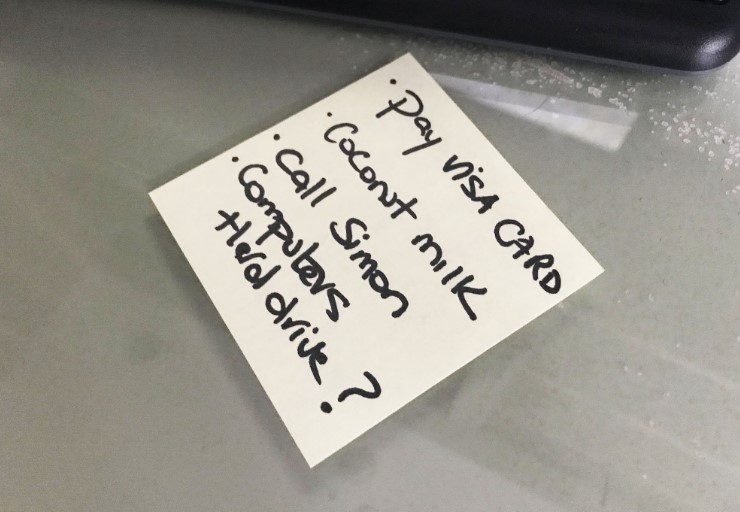 Jessie H. From Raleigh, NC, was walking to her car one day from work when she noticed something strange. In the corner of her eye, she could distinctly see someone behind her, but then, as she turned around to face the stranger, nothing was there. Insecure and scared she couldn’t shake the feeling of being observed. As she clutched her keys making a fist of them like a weapon, she knew that if she had to fight, she would. Little did she know it was a fight with herself. The next morning, Jessie woke up to a surprise; “I found a yellow post-it note in a handwriting that wasn’t mine on my desk reminding me of some errands I had to do but told literally nobody about. While odd, I chalked it up to something I did in my sleep, thinking maybe in my half-awake state I scrawled it, so it didn’t appear to be my handwriting. She was watching tv in her living room and looked at the time on her phone, as the show she saw came to their break and proceeded with ads, she got up to use the bathroom. But as she went into the living room again, she didn’t think anything was strange as the ads on the TV kept running. But then, she got her phone and gasped. Twenty minutes had passed, how on earth did she take 20 minutes in the bathroom?

When she got home from work the next day as soon as she opened the door to her apartment, she saw it. “I found another post-it note on the back of my desk chair, in the same handwriting as the previous note, telling me to make sure I “saved my documents,” Jessie explains. She was completely freaked out, and as she checked around her home, there were no signs of a break-in. She couldn’t take it anymore. After consulting a doctor, it turned out, all her symptoms and paranoia were due to CO poisoning, and if she had never​ posted to Reddit in the first place, she would have never known. Still, people are intrigued by her story. Deborah Blum, a Redditor who is the director of the Knight Science Journalism Program at MIT, and the author of The Poisoner’s Handbook, says the carbon monoxide explanation fits. When asked about the symptoms of low-grade carbon monoxide poisoning, Blum explains, “You might get headaches, you might feel a little groggier than usual. And depending on the chronic exposure, you can even become mentally-off, cognitively-impaired in some ways.” And Blum adds that, because carbon monoxide poisoning involves oxygen deprivation to the brain, it is possible to hallucinate. 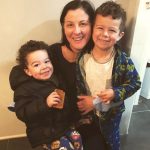