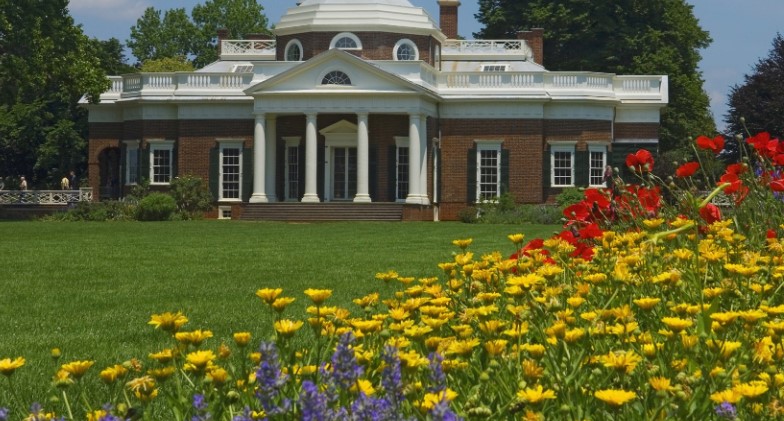 CHARLOTTESVILLE, Va. — Archaeologists have excavated an area of Thomas Jefferson’s Monticello mansion that has astounded even the most experienced social scientists: The living quarters of Sally Hemings, the enslaved woman who, historians believe, gave birth to six of Jefferson’s children. “This discovery gives us a sense of how enslaved people were living. Some of Sally’s children may have been born in this room,” said Gardiner Hallock, director of restoration for Jefferson’s mountaintop plantation, standing on a red-dirt floor inside a dusty rubble-stone room built-in 1809. “It’s important because it shows Sally as a human being — a mother, daughter, and sister — and brings out the relationships in her life.” Hemings’ living quarters was adjacent to Jefferson’s bedroom but she remains something of an enigma: there are only four known descriptions of her. Enslaved blacksmith Isaac Granger Jefferson recalled that Hemings was “mighty near white . . . very handsome, long straight hair down her back.” Her room — 14 feet, 8 inches wide and 13 feet long — went unnoticed for decades. The space was converted into a men’s bathroom in 1941, considered by some as the final insult to Hemings’ legacy. “For the first time at Monticello we have a physical space dedicated to Sally Hemings and her life,” Mia Magruder Dammann, a spokeswoman for Monticello, told NBCBLK. “It’s significant because it connects the entire African American arch at Monticello.”

By the late 1960s, Magruder said, the earlier bathrooms had become too small to accommodate Monticello’s growing number of visitors so local restoration architect Floyd Johnson renovated and enlarged the bathrooms in 1967. But recently, historians studied a description provided long ago by a grandson of Jefferson who placed Hemings’ room in the home’s South Wing. “I think about the daily life of people in these quarters,” Hallock said. “Even though their lives were beyond their control, they were still a family and they shared this space. They would heat up a late meal and huddle by the fire to keep warm when the day was done.” On July 4, Monticello will host its 55th annual Independence Day Celebration and Naturalization Ceremony. Seventy people from more than 30 countries – from Afghanistan to Vietnam – will become U.S. citizens during the Monticello mountaintop event.