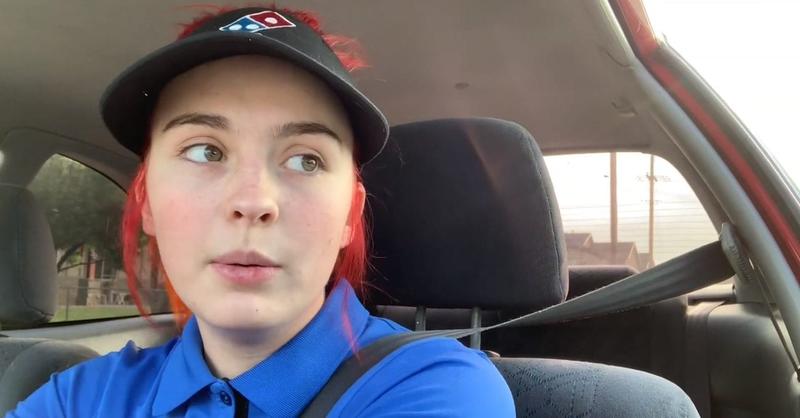 Kirk Alexander lived on his own in Salem, Oregon and pizza was his best. The 48-year-old would order a pizza every single day for 10 years from the same trusty Domino’s pizza joint.

Then suddenly, he just stopped getting pizza from them. The staff of the restaurant became gravely concerned as they wondered what might have happened to their best customer. The restaurant’s manager, Sarah Fuller, said to reporters in an interview: “He orders every day, every other day,”

“His order pops up on the screen because he orders online. So we see it come across the screen and we’re like, ‘Oh, Kirk’s order.’” But when their best customer just stopped ordering from them they couldn’t shake the feeling that something might be wrong.

No Order From Kirk The restaurant employees thought that he might just be out of town for a few days either seeing family or on business. But as the days went by, the employees decided to ask their manager about Kirk’s orders stopping.

Fuller began to think the worst. She knew that something wasn’t right and needed to act on her instinct. So Fuller did something drastic.

Friend Of The Staff 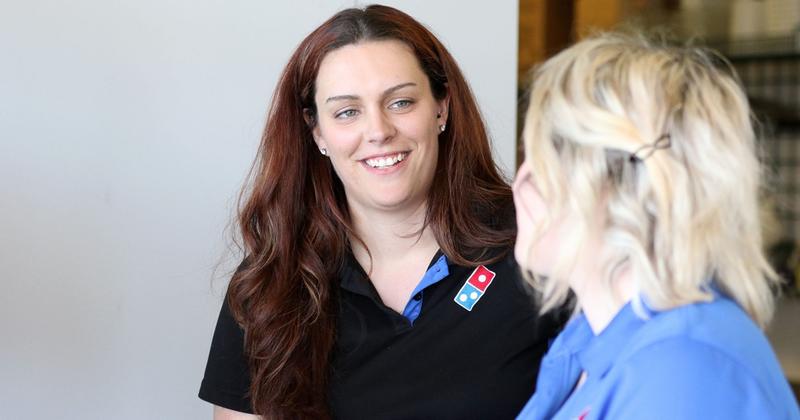 Since Kirk had been ordering from the Domino’s for such a long time the staff felt they knew him quite well. He seemed like a really nice guy if not a bit quiet. They felt like he was family. Fuller said: “He orders all the time, so we know him.”

Kirk had sometimes stopped ordering briefly to go out of town but he had never stopped for this long. Maybe he was bored with the food and started to get it from somewhere else? “Kirk is a very well-known customer, but he doesn’t have a regular order – he’ll order anything from pasta or pizza to sandwiches or wings. It’s never the same thing every time.”

The Domino’s menu clearly had enough variety for Kirk. He loved all their food and this is why the employees began worrying about his safety. Where was Kirk? What could have happened to him?

Seeing If He Was Alright 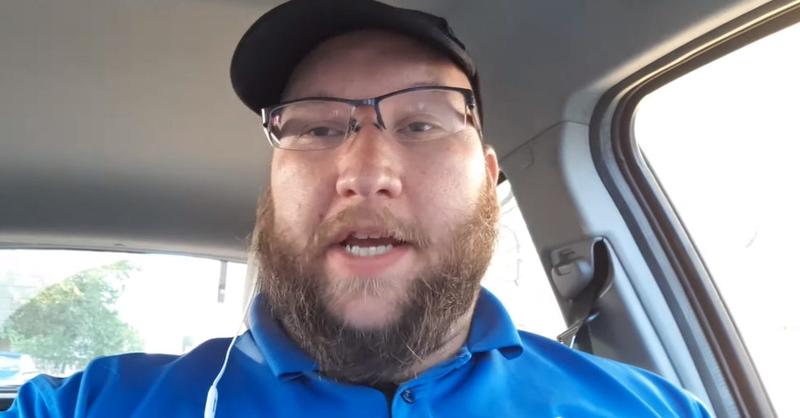 The Domino’s branch got so concerned that Fuller decided it was time to see if he was okay. They sent their delivery driver, Tracey Hamblen, to check up on their best customer.

As Tracey got closer to the door he started to head voices from inside the house. The lights inside were on so he thought it would be fine if he knocked on the door. 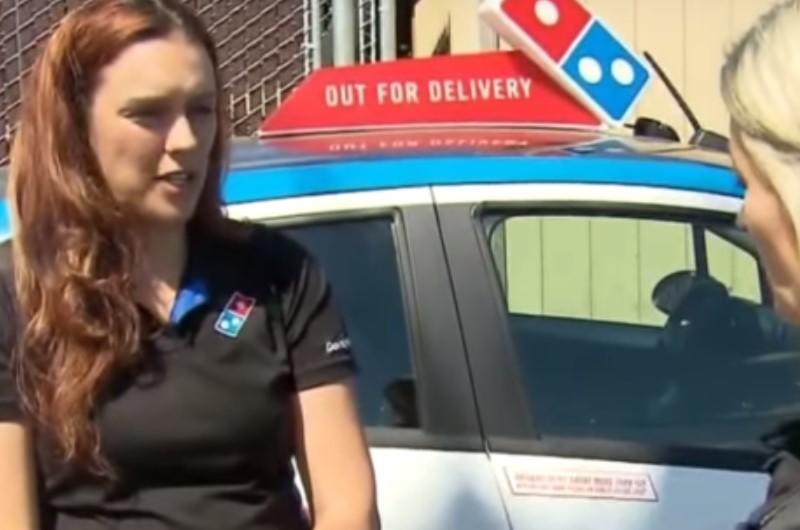 “We saw the last order was 11 days ago, we knew something wasn’t [right], that wasn’t normal at all,” Fuller told reporters in an interview with KOIN 6 News.

Where did their best customer go? Fuller knew something there was something wrong, She felt it in the back of her mind. 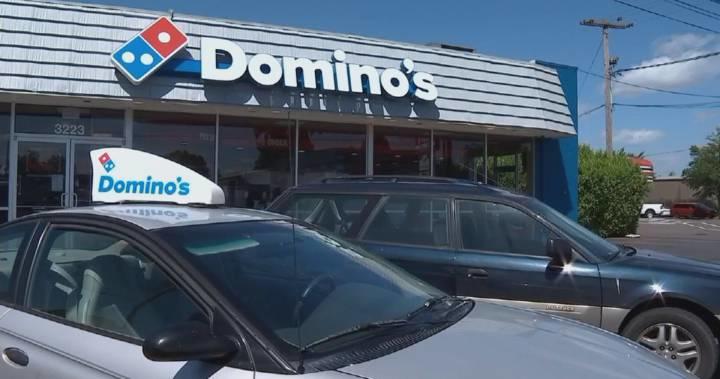 Tracey was only greeted with silence when he knocked on the door. After a few more attempts he tried the door but it was locked. Finally, he called Kirk’s phone, but to no avail, it went straight to voicemail.

He knew that something was up so he raced back to the Domino’s to tell Fuller. He just hoped he could be fast enough. 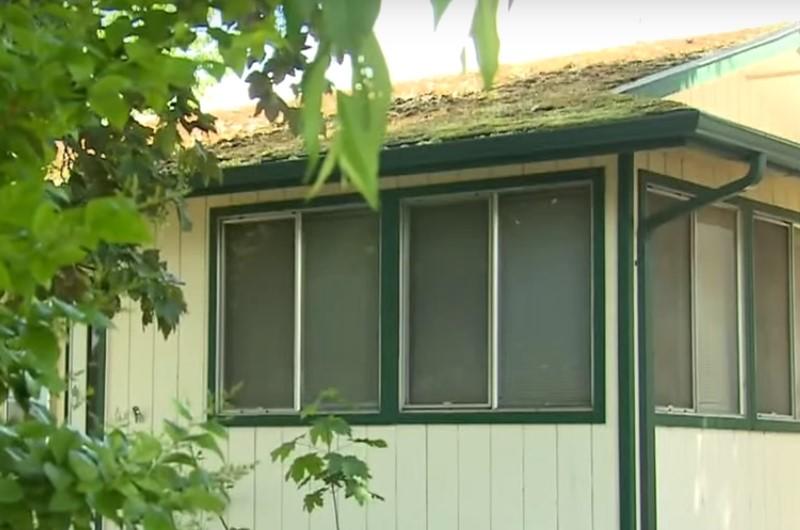 Kirk’s neighbors said that he didn’t leave his house very often. Tracey on the other hand, knew that it was because the man had health problems.

That explained why Kirk always had to have his food delivered to him instead of collecting it. Tracey knew in his mind that there was a lot more to the situation than he could assume to know. 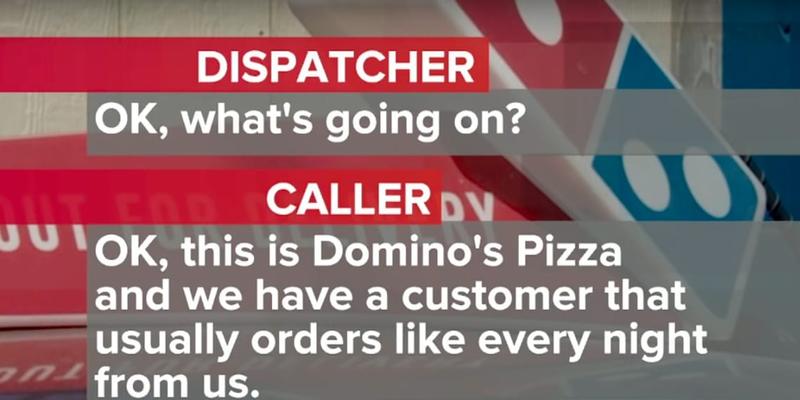 After talking to the other staff, Tracey knew the best course of action was to call 911. “Well, I need some help on what to do, it could be an emergency,” Tracey said. “This is Domino’s Pizza and we have a customer that usually orders like every night from us.”

“And he hasn’t ordered in 11 days,” Tracey told the operator. They took down the details of the situation and decided to call the Marion County sheriff’s department – the closest police station.

Found Him On The Ground The sheriff immediately sent some of his deputies to Kirk’s home. They weren’t sure what they would find once they got to the house. Once they arrived, they knocked on the door and called out to Kirk. Despite what they expected, they heard a response.

Over the sound of the TV, the deputies could tell that a man was calling for help. They immediately broke down the door and entered the house where they found Kirk lying on the floor.

Lucky To Be Alive 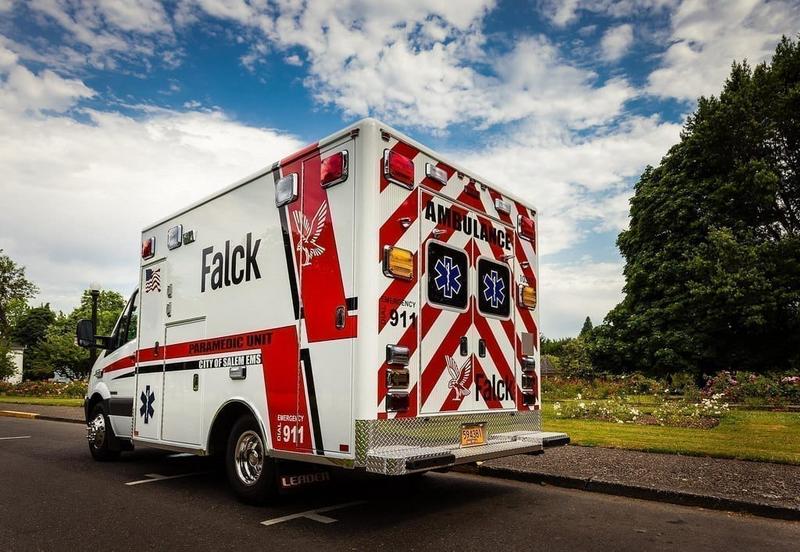 The officers immediately called an ambulance, which picked up Alexander and transported him to a nearby hospital. It looked like he’d suffered a stroke, and paramedics were able to stabilize him.

But his fate was uncertain as there were no witnesses of the incident, and doctors weren’t able to determine how long it had been between then and when he was found.

Relieved By The Good News

Luckily, after some life-saving care, it looked like he was going to make a full recovery. Domino’s staff was delighted to hear the news. “We’re like a family here, and we were glad we were able to do something to help.

We hope he’s able to fully recover from this,” said Fuller. Now you probably think these people are heroes, but they disagree. 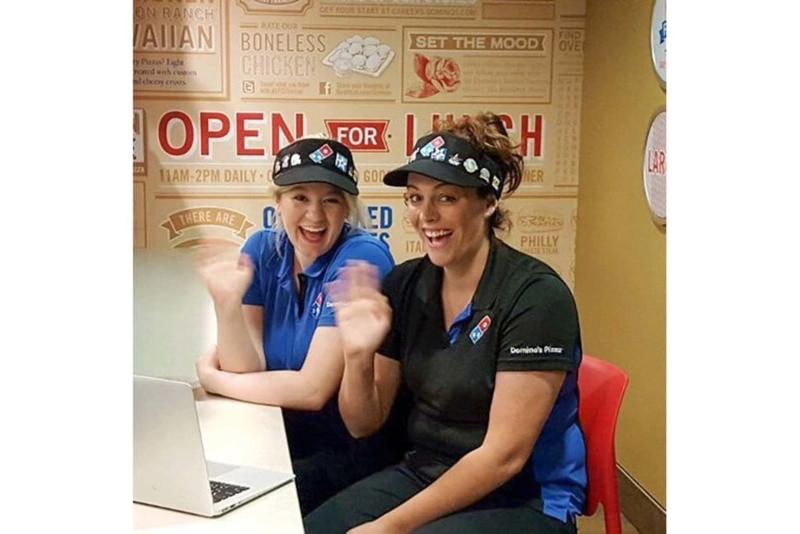 “I think we were just doing our job checking in on someone we know who orders a lot. We felt like we needed to do something,” explained Fuller.

Their humility is truly inspiring, but that didn’t stop the media from going crazy about the story. The news spread through town and local outlets, and eventually, the media caught wind of it.

Waiting For An Update It wasn’t long before the amazing story was making headlines. The incredible foresight of the Oregon Domino’s team was picked up on by local TV networks.

The story even made onto The Washington Post’s website. And, of course, everyone was eager to find out how Alexander was doing after his terrifying ordeal.

Good Morning America interviewed Fuller and her assistant manager, Jenny Seiber. The pair recounted the events of that evening and the host congratulated them for following their instincts and doing the right thing.

She also asked them for updates on Alexander’s condition, since they had been able to visit him in the hospital.

Still By His Side

Seiber told host Robin Roberts that she had been to see Alexander three times since he was admitted to the hospital. The first day he was “out of it” and could only answer yes or no questions.

On the second day, he looked better, and by the third day, he was well enough to be moved to the rehabilitation wing. Then Roberts gave Seiber and Fuller a big surprise.

Rewarded For Their Good Deed

“Since you guys are superheroes, we’re gonna send you to Captain America: Civil War,” said Roberts, announcing that the whole restaurant staff would be getting tickets. And that wasn’t all.

Domino’s corporate office would be sending Fuller, Seiber and delivery man Tracey Hamblen to the Domino’s Worldwide Rally, a yearly convention of Domino’s members taking place in Las Vegas. We think it’s the least they deserve for helping to save a man’s life. 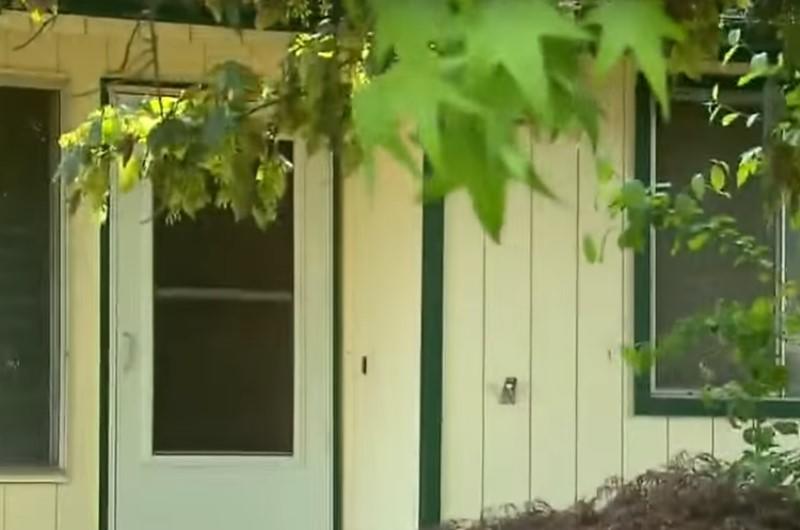 “Thanks to the quick actions of Mr. Hamblen, Mr. Alexander is in stable condition at the Salem Hospital,” the post read. It seems that Alexander had a very lucky escape. 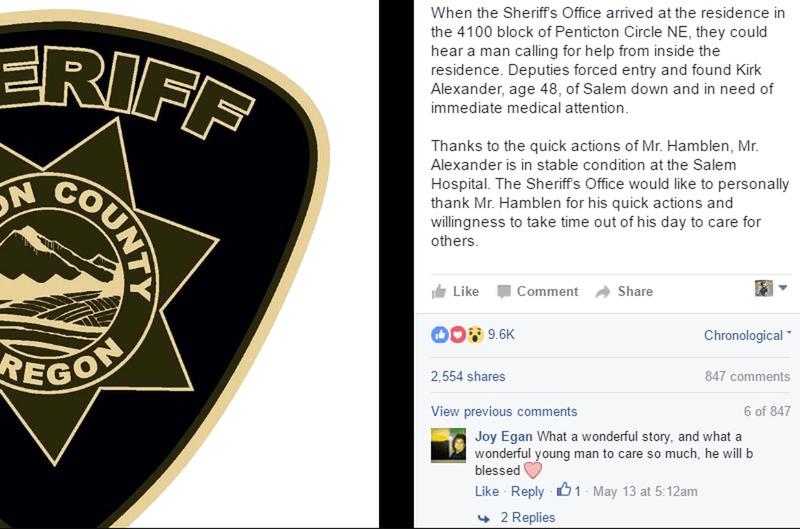 Eating pizza isn’t recommended by nutritionists and it certainly isn’t a good idea to order in every night, But Alexander begs to differ…

In some strange twist of fate, Alexander’s Domino’s addiction looks as though it might actually have saved his life. And, thanks to the observant team at Domino’s, this story has a happy ending!

Must Read
Fun Travel Facts Quiz
Which Chicago Neighborhood Do You Belong In?
How Chicago Are You?