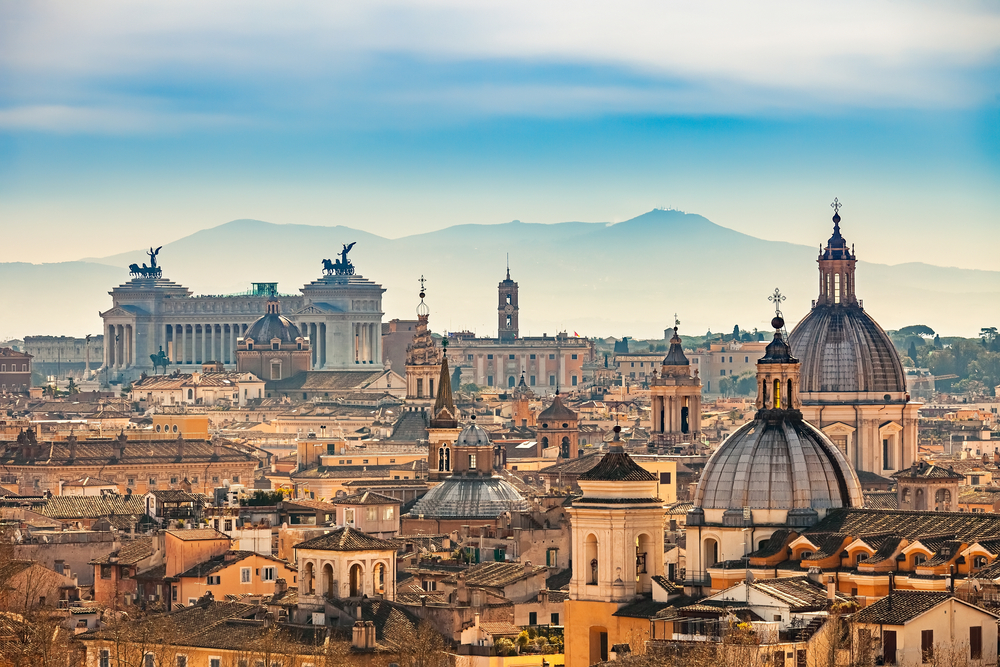 Rome is one of the best cities in the world. The history, the architecture, the people, the food… everything is magical. It’s the type of city you want to get lost in, so you might spend hours meandering down windy cobblestone streets, popping into churches, and stumbling upon the best gelato you’ve ever had in your life.

If you’ve never been to Rome before, there are a few “must-see” spots. Here are the top 5 attractions that you can’t miss. 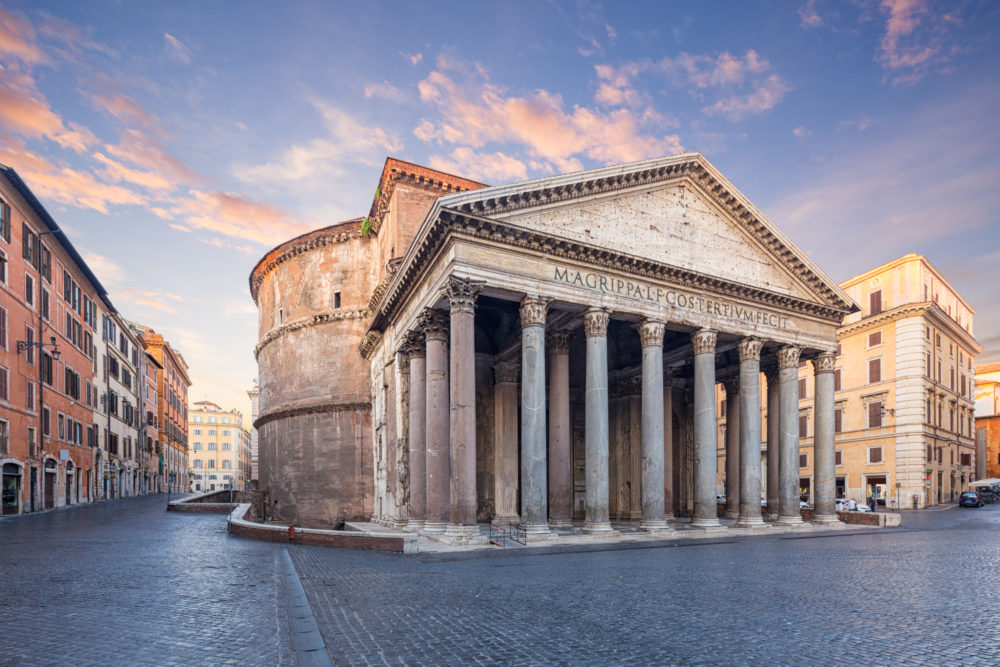 While most of ancient Rome is considered a ruin, the Pantheon is not. What makes the Pantheon different from the other Roman sites on this list is that it is a gorgeously preserved, fully operational building. Visiting the Pantheon offers a rare opportunity to see and interact with an ancient Roman building the way the Romans would have done.

The Pantheon was originally built to honor the entire pantheon of Roman gods and goddesses. It has been a church since the 600s (yes, you read that right). The dome holds a 2000-year-old record as the largest concrete dome in the world.

Several tombs lie in the Pantheon, including many from the Italian monarchy as well as the artist Raphael. 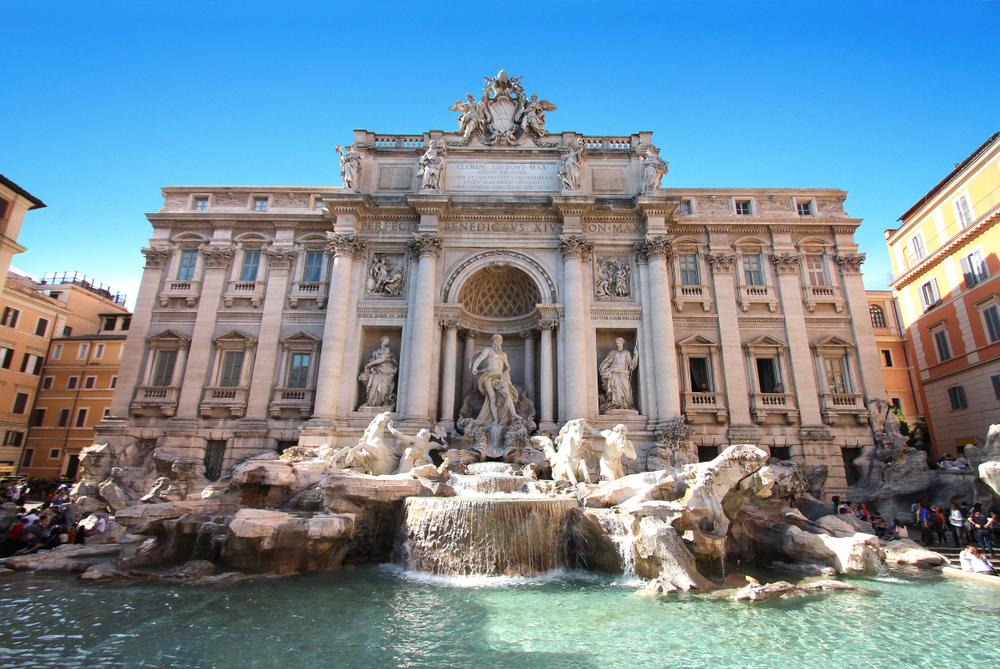 No visit to Italy is complete without throwing a coin into the Trevi Fountain. As legend has it, if you toss a coin over your shoulder into the fountain, you’ll return to Rome one day.

The fountain itself is spectacular and, like almost everything in Rome, old. It dates back to 1730 when Pope Clemens XII held a design contest to design a new fountain. What many people don’t know is that Alessandro Galilei (an architect from the same family as the astronomer Galileo) was originally commissioned to do the project, but Nicoli Salvi replaced him after an outcry from the public because Galilei was from Florence, not Rome. While the fountain wasn’t completed until 11 years after Salvi’s death, he is still credited as the main designer.

The fountain is massive: 85 feet tall and approximately 65 feet wide. It features gorgeous sculptures of the god Oceanus and his companions. We recommend walking by during the day and tossing a coin. If you can, go back at night when both the statues and water are illuminated. 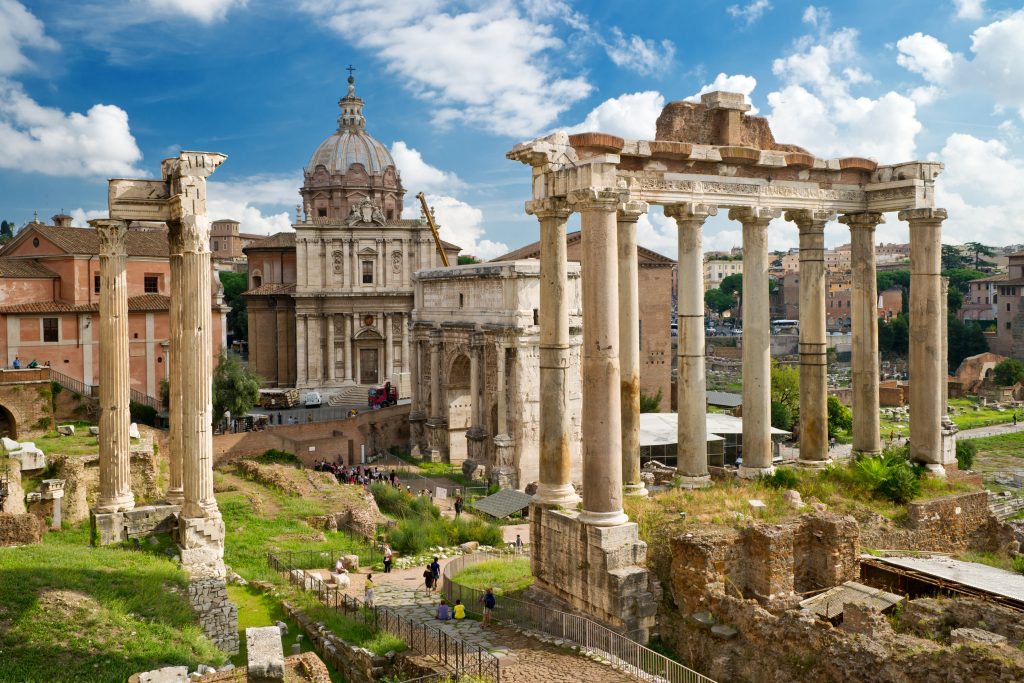 Known as “Il Foro Romano” in Italian, the Roman Forum is a stone’s throw from the Colosseum. Now a sprawling display of ruins, it was developed in the 7th century BC and quickly grew to be ancient Rome’s center. It was a vibrant community of basilicas, temples, and public spaces that represented the political, social, and commercial hub of the city.

The main attractions within the Forum include the Arco di Settimio Severo, the Curia, Tempio di Saturno, and the Arco di Tito. Spend an hour walking the former city, and you’ll imagine how the ancient Romans lived thousands of years ago. 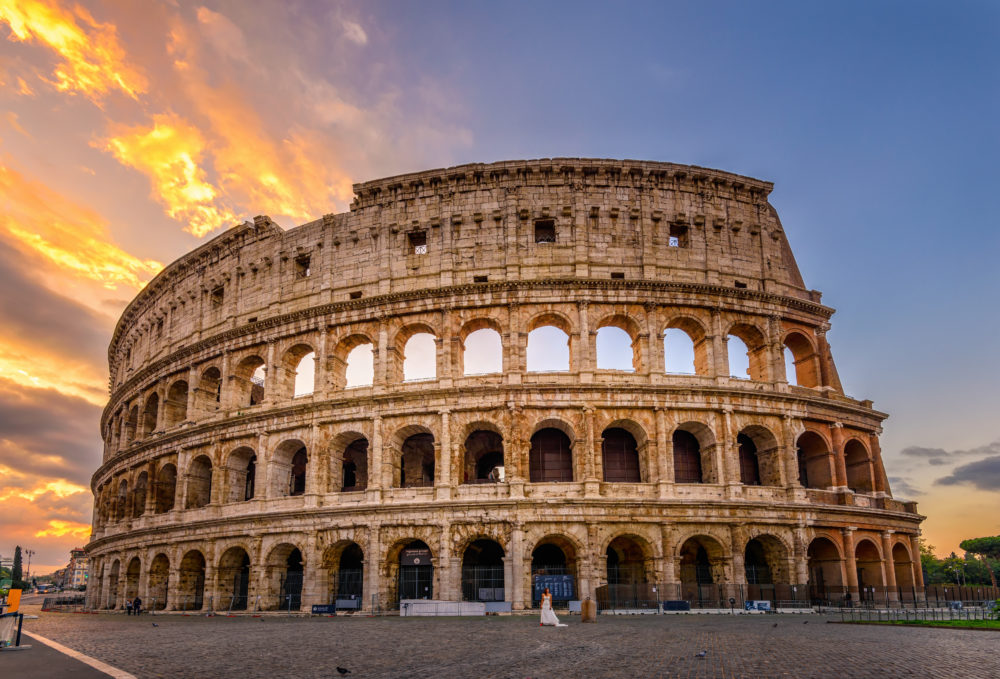 The Colosseum is not the only Roman arena out there in the world. It’s not the best-preserved, either. But you’d be foolish to miss it because the scale of the Colosseum is incredible.

These days, you’re more likely to see vendors and feral cats crawling through the stones than scenes from Gladiator, but when you’re standing and looking out over the former playing field, it’s easy to hear the echoes of the Roman crowds.

The Colosseum was commissioned by Emperor Vespasian of the Flavian dynasty around A.D. 70. It opened in A.D. 80 and was officially called the Flavian Amphitheatre. The grand opening kicked off with 100 days of games that included animal fights, gladiatorial combats, and more.

The Colosseum was active for four centuries before it fell into despair. Much has been destroyed, but the Colosseum itself remains an iconic symbol of Rome and one of the city’s most popular tourist destinations. 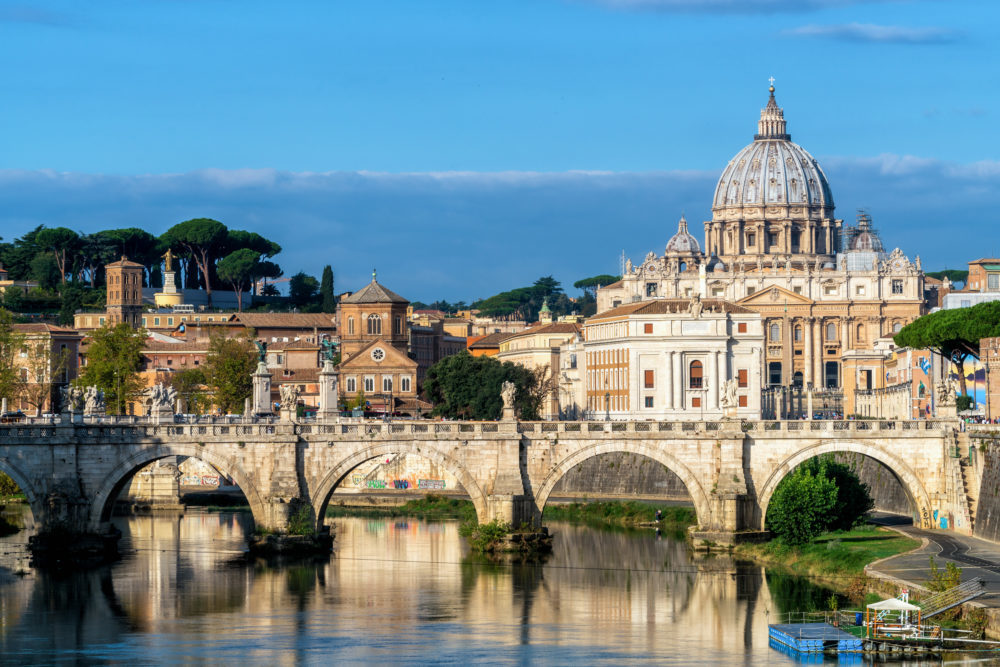 Technically, the Vatican isn’t in Rome. It’s not even in Italy! In fact, it’s its own city-state (the Holy See). But given the fact that it’s in the center in Rome, we’ll include it on our list.

If you adhere to Roman Catholicism, the Vatican can be a site of pilgrimage, and you can seek out a group audience with the Pope. If you’re not, there’s still a reason to go: it is one of the best art overdoses you will find anywhere.

As you walk through the rooms at the Vatican Museum, you’ll see work by Raphael, including his School of Athens. There are tapestries with eyes that seem to follow you, maps, and ancient Egyptian and Assyrian artifacts. There’s the Sistine Chapel, which is an extravaganza of Michelangelo’s amazing painting. There’s also a fun spiral staircase.

At St. Peter’s Basilica, ornate sculpture and painting seem to cover every square inch, and you’ll find more Michelangelo. It’s hard to bond with Michelangelo’s Pieta when it’s behind glass and guarded by soldiers, but considering the damage that has been done to the sculpture in the past, the security measures are understandable. It’s well worth a trip.

If you’re visiting the Vatican, allow at least half a day to visit. There are typically long lines to get in (although you can purchase tickets in advance online). Once you are inside, the tour can take as long as four hours. We promise you that it’s worth it.

Have you convinced you to visit Rome? If so, we hope you’ll check out these top 5 attractions in Rome (as well as many, many more). Already been? Try Venice – it’s just as magical.